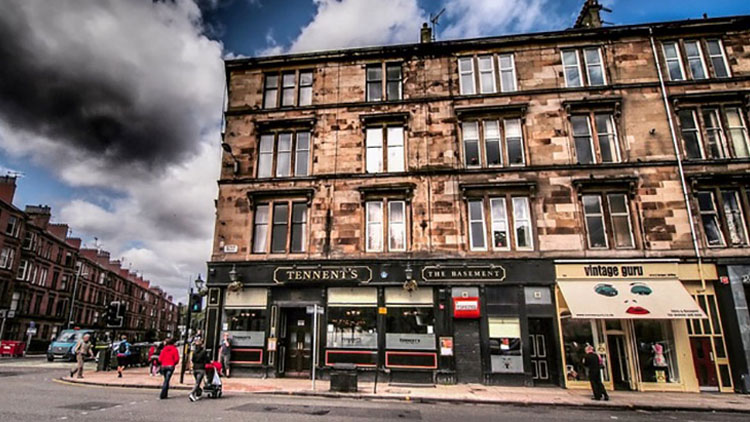 Local stakeholders have voted in favour of launching an improvement scheme that could see £1m spent to spruce up Byres Road.

Over 200 businesses in the area were asked to take part in a vote to launch Glasgow’s second Business Improvement District (BID).

With a 63% turnout, over 80% of participants voted in favour of the scheme.

Traders agreed to contribute to a common fund to be used for a wide range of actions to improve things like shopper numbers and the aesthetics of the area.

Established BIDs in Glasgow and the West include Sauchiehall Street and Clarkston, with a developing BID in place for Merchant City.

These include better parking, extended subway travel hours on a Sunday, free Wi-Fi and temporary rent relief for new businesses.

Paul said: “I’m just delighted – this result reflects the voice we know is already out there in the community.

“The turn out was brilliant and people know something needs to change. Retail is key to drive visitors and we need new tenants to occupy the empty retail units in the area.

“Byres Road is also about cafe culture, family culture and the nightlife economy and our business plan addresses all of that.”

“The plan came from talking to businesses, customers and visitors so there needs to be a collective approach going forward,” Paul added.

“Our main competitors are out of town shopping centres. We need to get our local residents to shop locally and I think a lot of that has stopped happening.

“We need to go back and educate people about what’s available on Byres Road.”

Speaking ahead of the BID vote, Bailie Liz Cameron, executive member for jobs and the economy at Glasgow City Council, said: “Byres Road is without doubt one of Glasgow’s greatest economic and cultural assets, a magnet for people not only from the West End, but the rest of the city and beyond.

“To make sure it maintains this position, we have to establish what people value most about the street, and what action is necessary to make sure it is equally attractive in the years to come.

“The council is pleased to support the Byres Road Traders Association as they attempt to create a Business Improvement District for one of the jewels in Glasgow’s crown.”

The 200 businesses on Byres Road and the surrounding areas will now vote on 12 individuals to make up the BID board of directors.

The Byres Road BID officially launches on May 4.