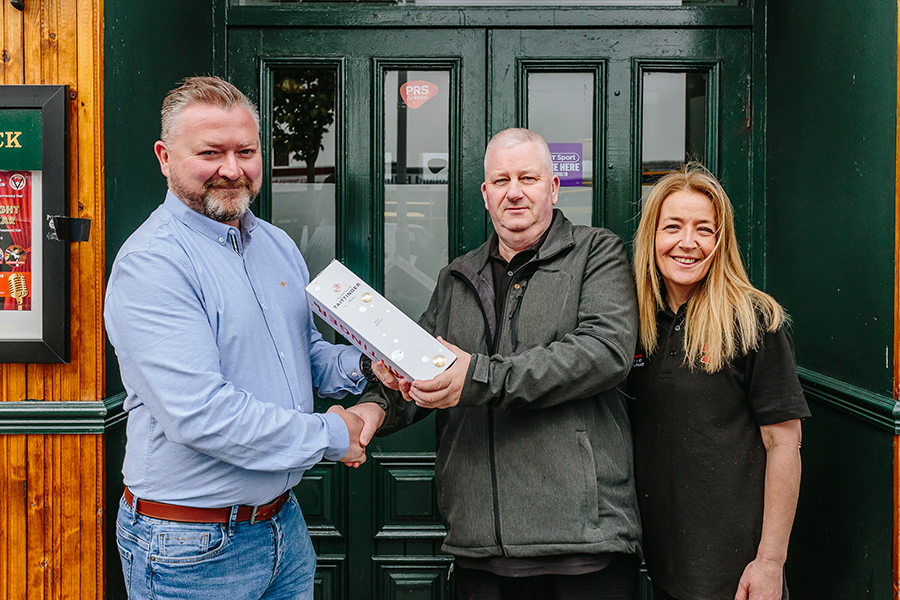 One year on from Jacqui Crate getting the keys to The Bell Rock in Prestwick, it’s safe to say the pub is now firmly back on the map as the place to go for locals.

Jacqui took over the site, formerly known as The Pleasantfield, in March last year and in conjunction with Iona Pub Partnership has transformed the pub into a thriving business.

The exterior of the property was in poor condition so a £20k+ project was started by Iona in April to transform the outside and make it more appealing for customers. The exterior was re-decorated throughout; new timber panelling introduced, new signage & lighting installed and a feature panel with a stencilled lighthouse created. The pub name was also changed to ‘The Bell Rock’ as part of the project.

At the same time, Jacqui tackled the interior of the pub by re-decorating the public bar and replacing the carpet to give a warmer feel, while the lounge was also transformed with new lighting and a full re-decoration.
Food had not been on offer at the premises for several years so Jacqui started work on improvements to the kitchen by sorting the flooring and installing new catering equipment to cope with her new food offer. A new menu was introduced and food was launched at the end of May.

The business has gone from strength to strength with beer volumes increased by over 65% since taking over. As well as food, Jacqui has introduced a number of activities including installing Sky Sports & BT Sport, Nuts Poker League, Quizoke, Live Entertainment and Karaoke at the weekends. There is also a family orientated Ayr United Supporters bus which now leaves from the pub and there will be a pool team at the start of the new pool league season.

Overall trade at the pub has been totally transformed with lots of new customers coming in, including some of the Ayr United footballers and guests from the nearby hotel looking for a good local pub. The Bell Rock even held its first Wedding in July where even the wedding ceremony was held in the lounge!

With trade like this, the future is looking bright at The Bell Rock and we look forward to hearing about its continued success.