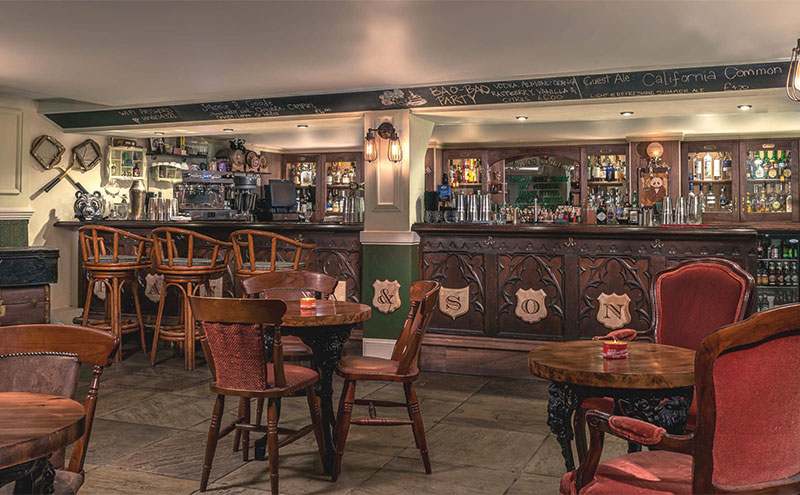 Scottish bar owners need to consider paying their staff more in order to keep talent in the country, according to an award-winning bartender.

Iain McPherson, owner of Edinburgh cocktail bars Panda & Sons on Queen Street and Hoot The Redeemer on Hanover Street, has called on bar owners to raise wages and/or introduce staff incentive programmes to help stem the flow of talent to London and overseas.

“You can’t keep telling people it’s a privilege to work for you if you’re not going to pay them,” McPherson told SLTN.

“I’m sorry, but it’s a mutual thing. It’s not just one-way traffic and they’re getting paid an average of £5.50 an hour when they should be getting paid £7.50 to £9 and then you’re angry they’re leaving you.”

McPherson has already put his money where his mouth is.

An incentive programme for staff at Panda & Sons and Hoot has just finished its first year, with 20% of the bars’ profits from 2017 split between the staff.

The share received by each member of staff was based on a range of factors, including their seniority and the number of hours they worked in the course of the year.

In addition to encouraging staff loyalty, McPherson said the programme has helped to cut wastage at the units, as the team becomes more aware of the factors that influence a business’s gross profit.

The team was kept up to date on progress at a number of staff meetings throughout the year.

“It’s got them thinking about a lot of things they’ve probably not thought about in the other bar jobs they’ve had,” said McPherson.

And he encouraged other bar owners in Scotland to consider introducing similar initiatives in future.

He said: “I’m trying to get other bar owners to pay attention and it’d be good if they adopted similar schemes.

“People keep talking about how to make the industry better but if bar owners aren’t paying their staff accordingly they’re always going to leave for pastures new, be it abroad or down south.

“I’m just trying to find ways of keeping them invested and in Scotland.”

Original article can be read here.